I See Your Red Door, I Want It Painted Black

Posted on April 10, 2018 by spikekalashnikov

As a pastoral introduction, let us talk about the vegetable garden up the street. You may remember that I was worried that the old lady who maintains it, had run into difficulties. Not so.

I pass by today to see that beds of rushes have been laid across the garden. Previously, all the potatoes, onions, cabbages have been removed.

Yay, this is summertime preparation. Everything is OK.

Vegetable growing in Okinawa is very different from my previous experience. This is because it is so hot in the summer that even Mediterranean  stuff like Tomatoes, Aubergines, Courgettes, are frizzled. Here you plant Goya and, I think, Courges, I cannot remember the English name. 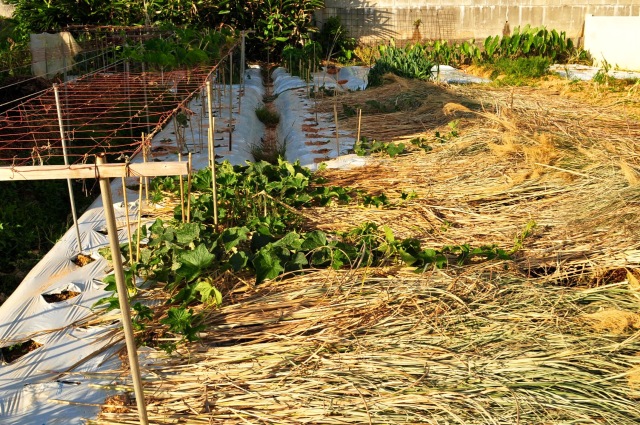 The structure is for Goya and the rush base is to make the Courges happy, I think.

Back to business. I get to the boatyard to find a lowered center plate.

May not mean much to you.

I thought that the center plate might be the end of the road.

Horribly corroded and totally jammed in the most inaccessible, secret parts of the boat, I feared that it would not be possible to release it.

As usual, I had underestimated the genius of Kiyano san. To be frank, I do not really understand what happened, but it appears that the retaining pin was not the real showstopper. He removed it but still the plate refused to surrender.

Check out the saw blade.

He sawed up and down the sides of the center plate, releasing kilos of rust and shells. The center board slot was totally occupied by decay and squatters. 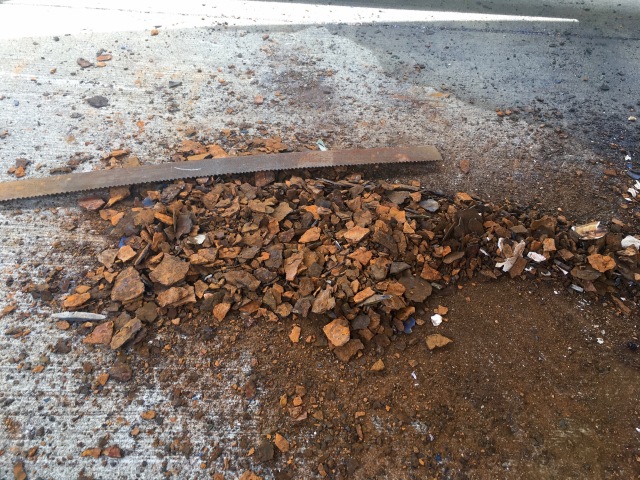 Once this lot was out, the plate came down.

This is an immense relief to me as  I had, for a moment, felt that the project was over. Not so, there is still a way to go before I get a smoothly operating center plate, but I have been to the top of the mountain and seen the other side.

Kiyuna san in all his glory

Kiyuna san does all the intelligent stuff, I do the stupid stuff.

I roll on the second coat of anti-fouling. 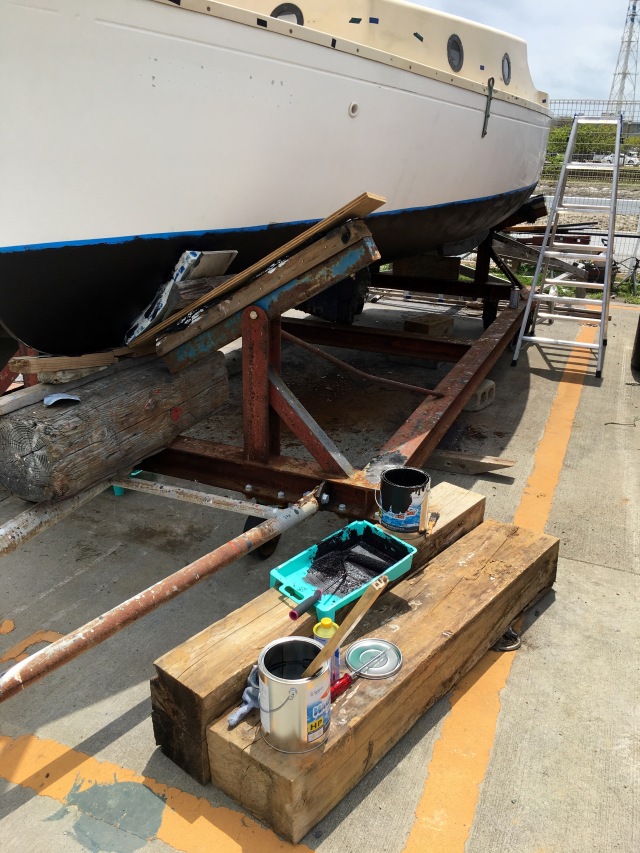 It is dismal stuff, full of chemicals and constituency of glue.

All of this is a lot of fun. What is more, I am outside in sunshine for hours every day.

7 Responses to I See Your Red Door, I Want It Painted Black