Posted on October 2, 2011 by spikekalashnikov

So Hitomi leaves. This is a pity as she is a lot of fun. We have a party.

Far away in Australia, soon will fate be kind

We have a party  – a very international affair. 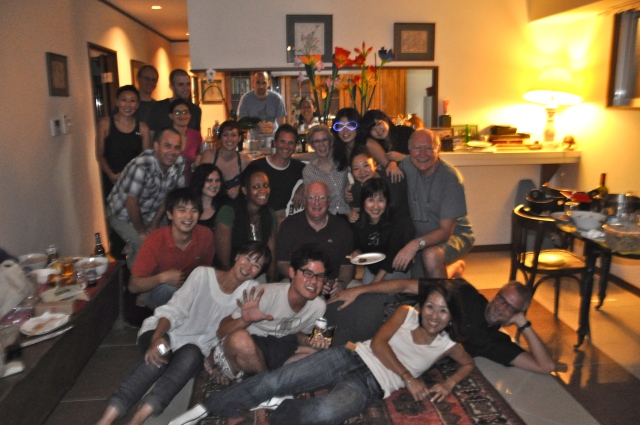 Here is Johnson on drinking:

Johnson harangued upon the qualities of different liquors; and spoke with great contempt of claret, as so weak, that “a man would be drowned by it before it made him drunk.” He was persuaded to drink one glass of it, that he might judge, not from recollection, which might be dim, but from immediate sensation. He shook his head, and said, “Poor stuff! No, Sir, claret is the liquor for boys; port, for men; but he who aspires to be a hero (smiling) must drink brandy. In the first place, brandy is most grateful to the palate; and then brandy will do soonest for a man what drinking can do for him. There are, indeed, few who are able to drink brandy. That is a power rather to be wished for than attained.”