Posted on February 12, 2012 by spikekalashnikov

Having been very pompous at the end of the last post about people confusing condescension  with sophistication, I will now indulge in exactly the same thing. Well, not really, as I actually find this er sort of art form, which I will eventually get to, very stimulating.

It started when I was trying to buy baby clothes for an er baby. I could find nothing that was traditionally Japanese but loads of stuff that had slightly off the mark English.

I have since noticed that the vast majority of Japanese Tshirts follow the same pattern. The writing is English but it is charmingly just slightly out of tune. 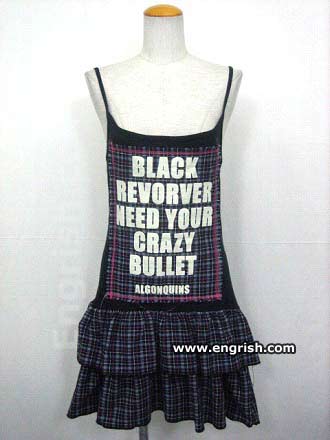 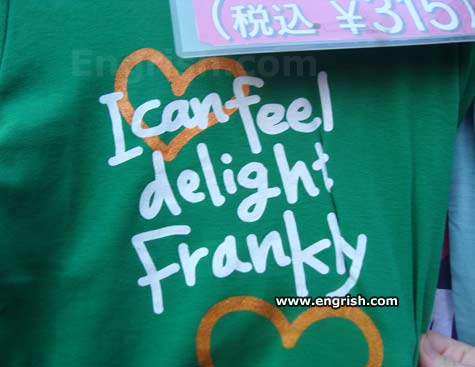 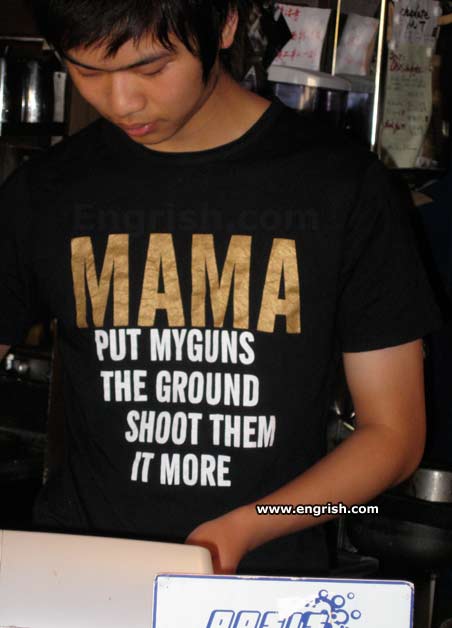 So, it reminds me of collage where you take random words cut from a newspaper and string them together to create a phrase that has some kind of sense but isn’t the whole deal. Friends MacGillivray used to have this as a fridge magnet set-up and they produced magnificent statements that were very reminiscent of Japanese clothes literature. So I hope I am not being condescending. I admire it totally. Is it done knowingly? 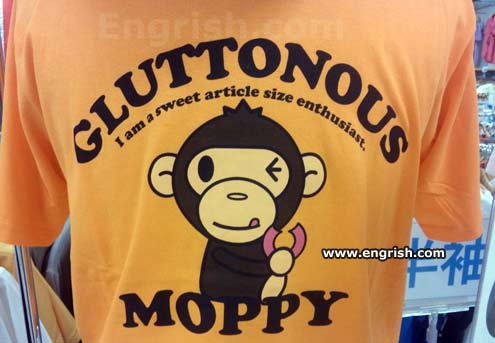 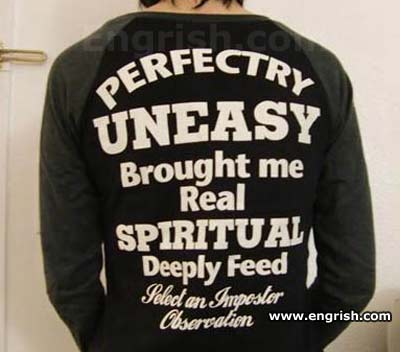 I wish I had written that

1 Response to Condescension masquerading as humour