Time to get my driving licence renewed. A licence here only has a lifespan of 2 years. They are called hamster licences. My original getting of a license was much facilitated by Rei san who showed me what to do. We also did it at the Naha branch of the Okinawan DMV. You can read about that little cameo here:

Now I am a big boy and can do it all by myself. This time I go to the Okinawa City branch. Very different experience as the office is buried in a maze of streets and without the many people showing you how to get there I would frankly have failed. Having been indicated where to park, I am smilingly directed towards a building.

I go into this building, whereupon the young lady behind the desk smilingly indicates that I should leave by the back door and proceed to another building.

Having filled in a lot of forms and having had my photo taken, I am told to go to the dreaded Room 10. 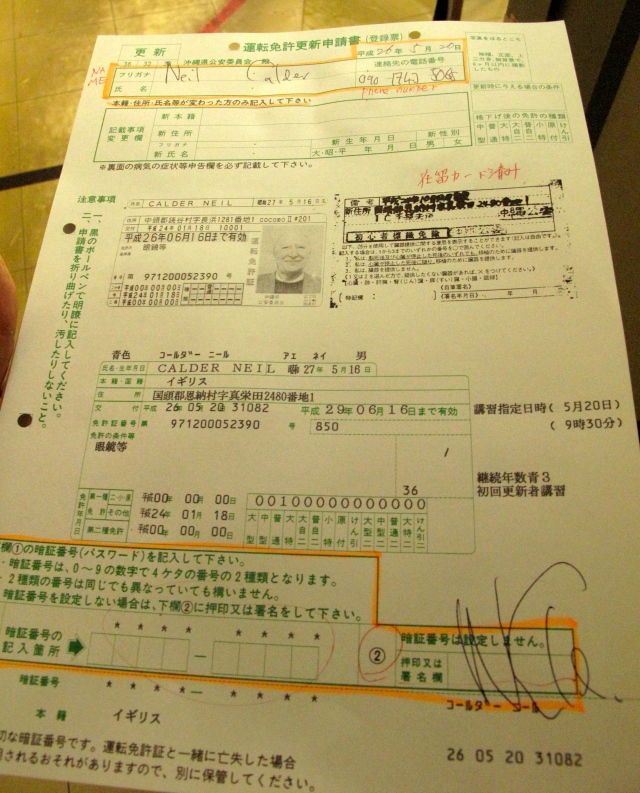 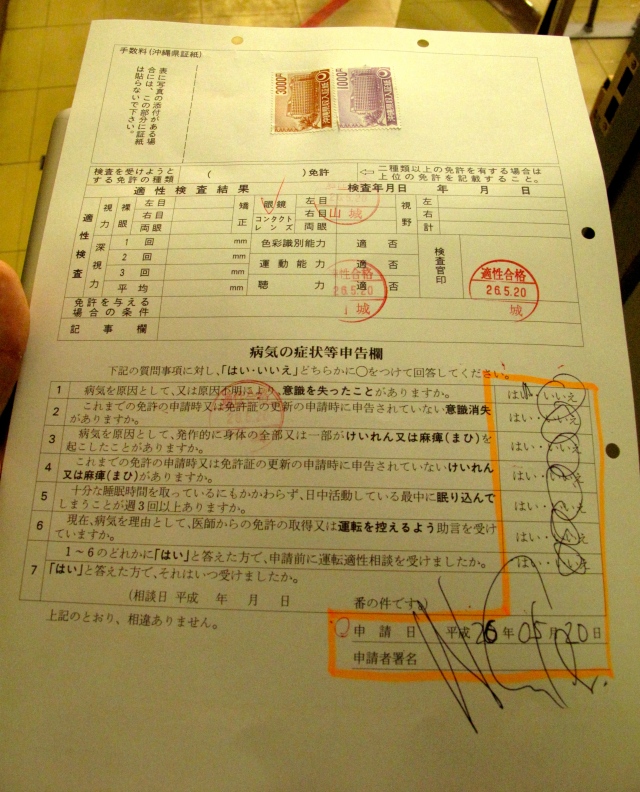 And all men kill the thing they love,
By all let this be heard,
Some do it with a bitter look,
Some with a flattering word,
The coward does it with a kiss,
The brave man with a sword!

The initial ritual over, I am seated in Room 10. Our Sensei comes in and introduces himself with great formality.

He then launches into a speakathon of which I gather bits and pieces. The setting is 1980s. The idea that Japan is the epicentre of technological white light, white heat is incorrect.

Suddenly the lights go out and we are shown a movie. A young man plays with his children and kindly resolves family disputes. He is very much-loved by his wife who waves him goodbye  as he sets off to work. Unfortunately on the way to work, the central character knocks over and kills a man on a scooter. 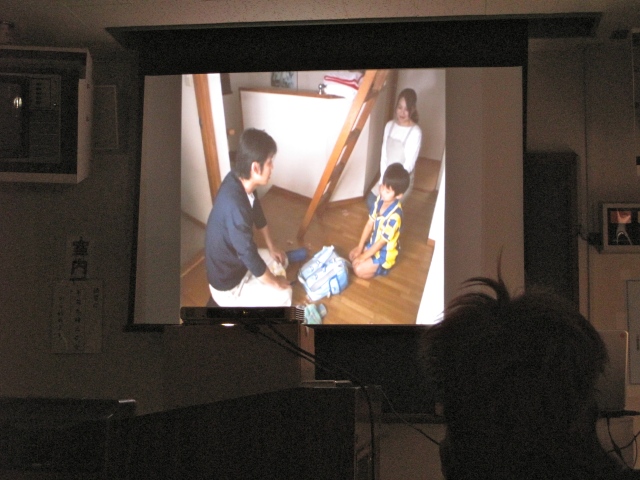 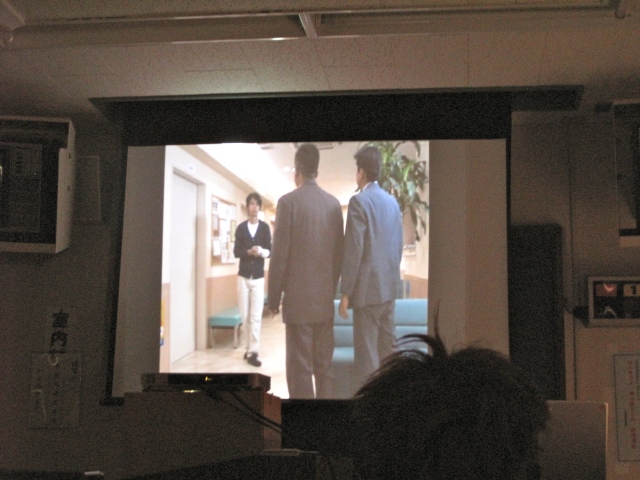 Are you going to come quietly?

He is jailed, through shame, his wife goes to live with her family and retires to bed.

I never loved you

This is when it get really weird. Our hero goes to visit the family of the guy he kills. He falls in love with the wife, who of course hates him. He gives her a magic talisman because of which, she understands that  he is really her brother from a marriage that her Mother  never spoke of.

She, in turn, falls in love with him but how can she tell her kids that the man who killed their Father, for whom she entertains base physical yearnings, is really their Uncle?

She spurns him and he is left on the street where he killed the scooterist, surrounded by a chorus of harpies and children. Phew!

Any way after 2 hours of Greek Drama, I am formally awarded my new licence by a policeman in full uniform.

This entry was posted in Uncategorized and tagged driving, Japan, love, Okinawa. Bookmark the permalink.