“It’s now the storm is over and we are safe on shore
We’ll drink a toast to the Holy Ground and the girls that we adore.
We’ll drink strong ale and porter and we’ll make the taproom roar,
And when our money is all spent we’ll go to sea once more.”

Here is video at about  7:00  on Wednesday morning.

The worst part of this typhoon was the very, very heavy rain the morning after. People set off for work and the heavens opened. A lot of flooded roads, long traffic jams, mudslides, rivers that had broken the bank at Monte Carlo. I am sure many more people were injured in traffic accidents than by the storm. 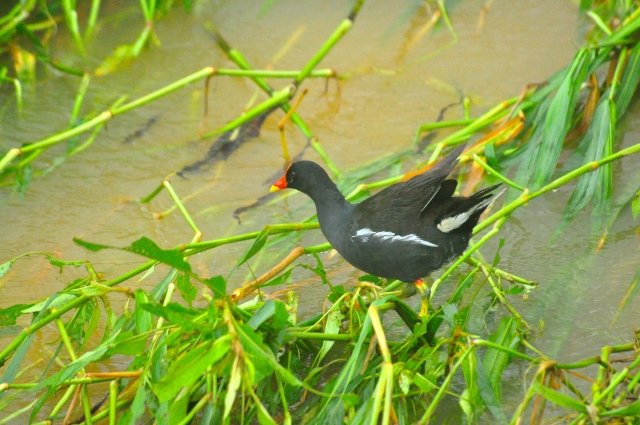 A moorhen tries to make sense of it all.

“I love Typhoons.” Captain MacWhirr, an empirical man without imagination.

This entry was posted in Uncategorized and tagged floods, MacWhirr, Moorhen, Okinawa, typhoon. Bookmark the permalink.