Ruby, For God’s Sake Turn Around

Posted on January 4, 2016 by spikekalashnikov

The goal of this  trip was to visit Ruby Lake Wildlife Reserve in Nevada. The website is very seductive, http://www.fws.gov/Refuge/Ruby_Lake/

It does not however mention that it is virtually inaccessible in the winter, that the lake is frozen and the whole region covered in feet of snow. I could have deduced this from study of weather reports but in balmy Okinawa it is difficult to integrate snow and ice into climate prognosis.

We, Ben and I, head off from San Francisco in the car with no name. It is a great car but uses a pint of oil every 100 miles, which points to something rotten in the motor. Will we get there? Will we get back?

It is really, really cold throughout the whole trip. The record being minus 18 fahrenheit -28 centigrade, in Battle  Mountain. The scenery is glorious. 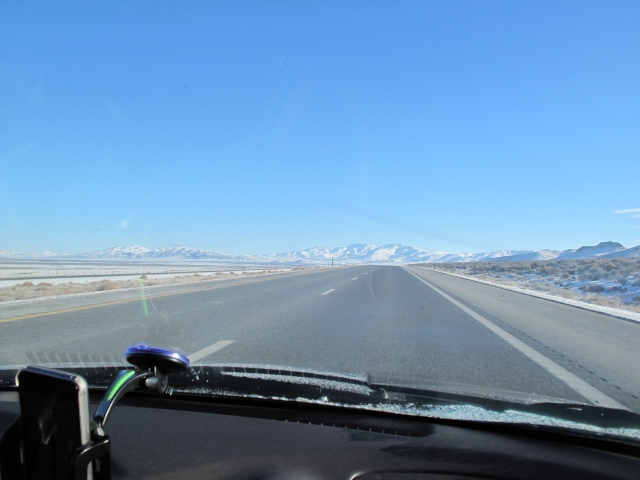 We follow the California Trail that brought the wagon trains from the East. I 80 was essentially built over the ruts. America is big and after a day’s driving we stop in Winnemucca.

“Winnemucca’s brothel district, while smaller now than in the 1980s, is known as “The Line” or “The Ring Circle”, based on the layout of the street where the brothels are located. Sex workers in the town must register their vehicles with the local police.”[5]  Wikipedia.

Next morning we head off to Battle Mountain for breakfast.

Model T in garden of collapsing house in Battle Mountain

On to Elko and then we head south towards Ruby lake. It starts fine as, although the road is narrow, it has been more or less cleared of snow and ice. This changes suddenly and we are confronted with a big decision – continue or turn back. The road is covered in snow, we are in the middle of nowhere, we have neither snow tyres nor chains, the car is hardly designed for off road stuff. If we slide off the road or get stuck it will be nasty as it it is way, way below freezing and there are no signs of humans. We have no gloves nor boots. Anyway there will be nothing to see when we get there as everything is frozen solid.  We go on.

The road to Ruby Lake.

What is this? No field guide. I think it is a very pale Red Tailed Hawk. No it is a pale Ferruginous Hawk

We did see some birds on the way down the lonesome road. A very fine Golden Eagle who sat on his post until we were about 5 yards away and a Bald Eagle. 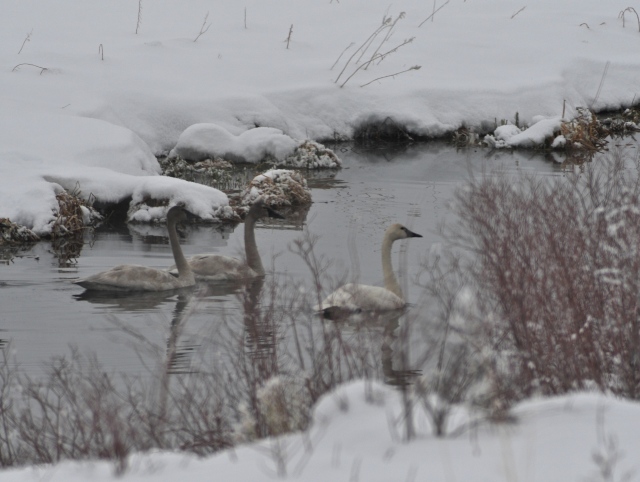 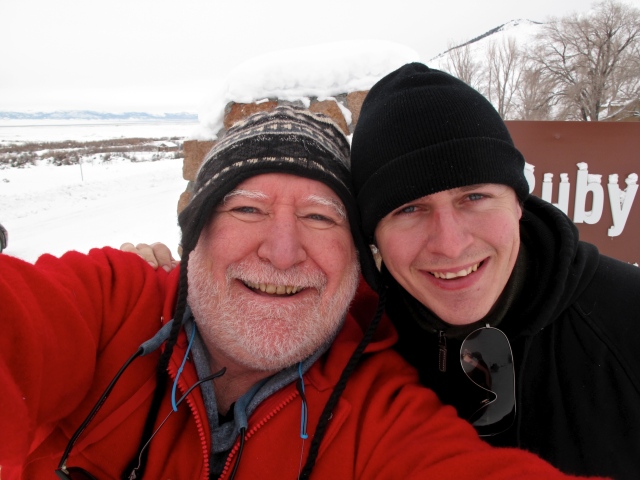