Posted on November 15, 2018 by spikekalashnikov

San Francisco is covered in smoke from the deadly forest fires across the Bay. People wander around wearing  facemasks. Schools are closed. I had to go to the DMV to renew truck documents and find a milling, vaguely dangerous crowd.  All driving tests were cancelled. Many, very unhappy people, who had waited weeks for their appointment. I was scared someone would pull a gun!

Anyway, I have to get connected. First phone, then computer. I have a Japanese phone that I have to get naturalized. I go to the nearest Apple Store.

” Can you make this phone American?”

I now need to get a US SIM card. With my usual luck, I walk  straight into an ATT kiosk that has been set up in the middle of the mall. Aaron is competent, clear and smiling. 10 minutes later, I have a US number and a designer plan for the 4 months I will be here.

I have no laptop since leaving gainful employ. James digs out his MacBook Pro, which he no longer uses. It is not feeling very well, it will not start up and the battery is dead. Who you gonna call? Love Haight Computers of course. It is on Haight St, very close to the apartment.

Amazingly, a colleague from OIST days stumbles out of the smoke. Harry is on some kind of fact finding tour of Californian universities.

This is not Japan. 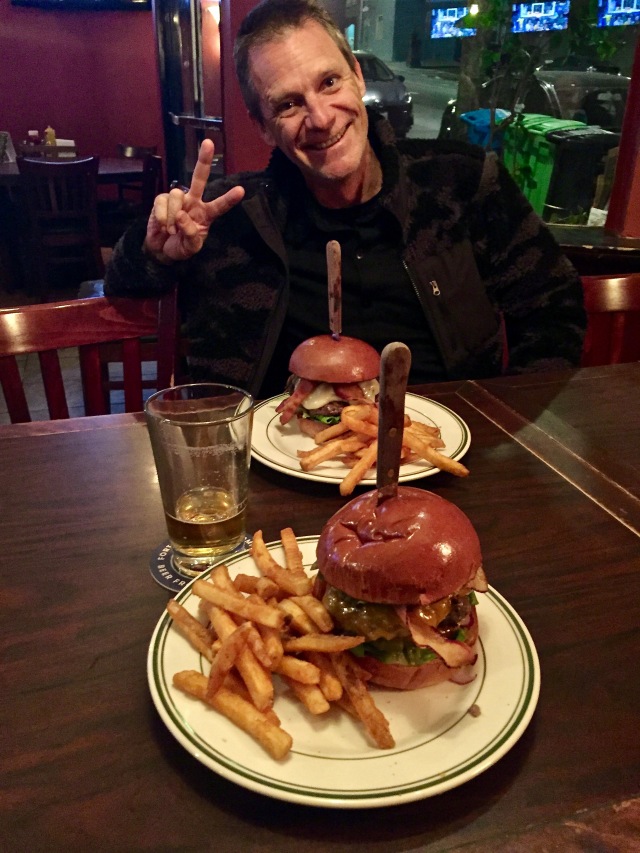