Posted on September 30, 2012 by spikekalashnikov

Hey it’s the weekend and you know what that means – yep another super typhoon. When it comes to typhoons, hurricanes, tempests, cyclones and such, I now have a lot of ‘been there done that’ credit. This one is called Jelawat and has been a really good one. 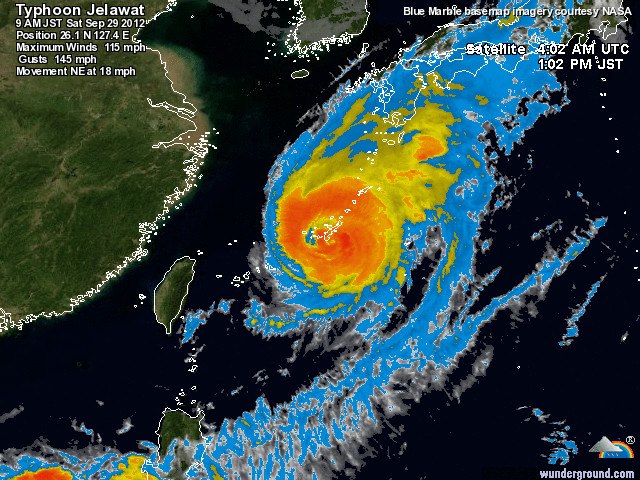 This is a Jelawat. A what?

The barograph has off course gone “off scale” resulting in 120mph wind gusts. 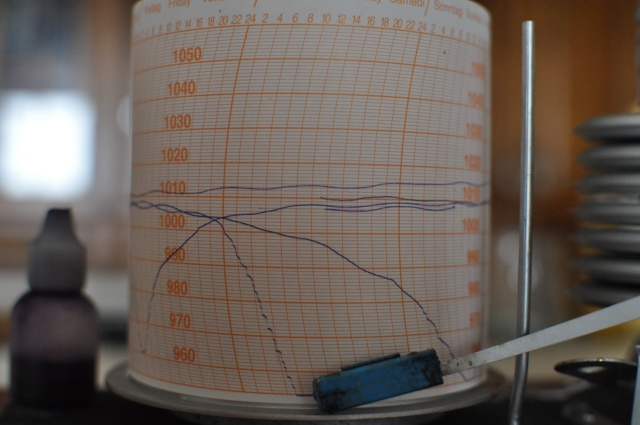 Incidentally, I am writing this on the magnificent IPad, which is an essential typhoon tool as there is no power, meaning no computer, light, Internet, cooker, hot water and so on. The pad however allows me to write, listen to music and read.

Contemporary drama – ‘The Jelawat – You what? Narrative’

Act one – 3 hours of screaming and howling with much clockwise movement.

Act three – 3 hours of screaming and howling with much anti clockwise movement.

I hope to do a solo act at Edinburgh next year, or maybe Burning Man.

I interpret the calm  as the eye of the typhoon passing right over my house.

How cool is that?

What a pleasingly unusual, well not really in Okinawa, way to pass a Saturday. 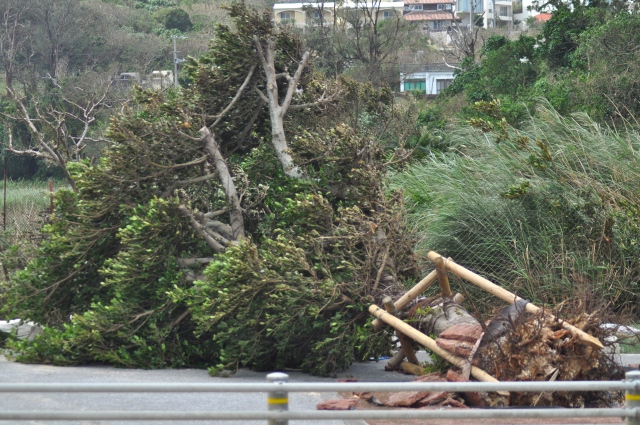 Gone and never called me Mother 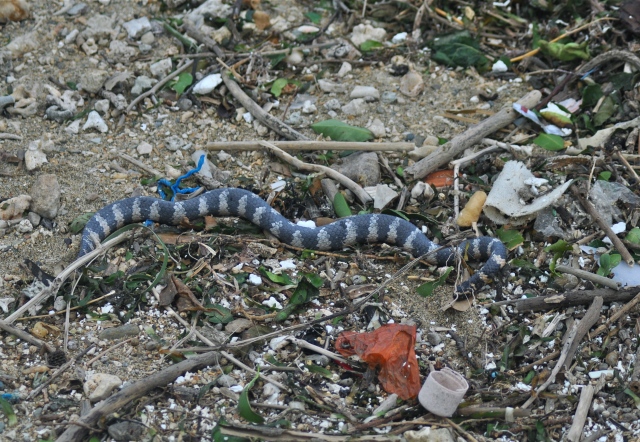 Sea Snake blown up on the beach. I saved it but it did not say thank you. What a snake!

Hey, check out the video.

The lighthouse which appears horizontally in the film is actually vertical and about 30 metres high. The cliffs upon which it stands are also 30 metres high. The spray was going right over the top of the lighthouse. The film in no way captures the awesomeness. The people in the video are my next door neighbors. I had no idea that they were behind me.

A nearby hotel has a very well-known dolphin show. I heard today that all the dolphins pools were destroyed and the dolphins escaped into the ocean. Rough intro into the free world. I hope they made it.

1 Response to The Dolphins Escape