Posted on July 8, 2014 by spikekalashnikov

Well, there has been a lot said about this typhoon.

Brig. Gen. James B. Hecker, the 18th Wing commander, declared Tropical Cyclone Condition of Readiness 3, or TCCOR 3, and base personnel began evacuating their aircraft July 6, in preparation for Typhoon Neoguri.

“I can’t stress enough how dangerous this typhoon may be when it hits Okinawa,” Hecker said in a message to the base community. “This is the most powerful typhoon forecast to hit the island in 15 years; we expect damaging winds to arrive by early Tuesday morning.”  What is wrong with this guy? I mean really what did  happen in Afghanistan? This kind of wild exaggeration is the bane of our time.

TIME magazine:(TOKYO) — A powerful typhoon pounded across the southern Japanese islands of Okinawa on Tuesday, as residents took refuge from destructive winds, towering waves and storm surges. Er, No! look at the video.

This is the Guardian. The British press is of course the best in the world. 46-feet-high-waves!  500,000 advised to evacuate! You must be kidding!

500,000 advised to evacuate as Okinawa battered by winds of more than 150 miles an hour with 46-feet-high waves.

Hundreds of thousands of people have been urged to seek shelter as a powerful typhoon lashes Japan’s Okinawa island chain.

Typhoon Neoguri was passing over the southern islands on Tuesday, bringing strong wind and torrential rain.

Forecasters said it generated winds of up to 252 kilometres per hour (151 mph) and warned of high waves.

Holy cow, this is the BBC, a media in which I have always placed my trust! It is nothing like the way they describe.

So here is what it is really like. This is a typhoon. They happen every year. This one is nothing extraordinary. See video. I remember much worse storms as a child in Kintyre.  Do you believe what the BBC says about, er Iraq, or er Palestine or er the USA, or er anything? Long live Wikipedia.

I spend a wonderful day at home as the storm whirls around me. I learn flute tunes. The Merry Sisters has always eluded me and I am afraid they continue to do so. https://quietripple.files.wordpress.com/2014/07/07-a-fig-for-a-kiss-_-poll-hapenny-_-merry-sisters.m4a

The third tune is The Merry Sisters.

I practice my knots. 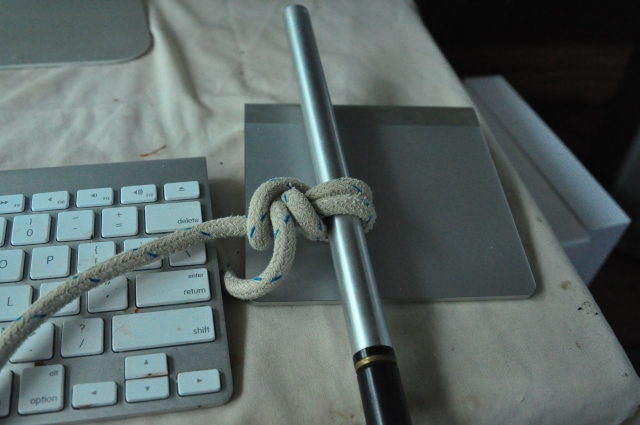 So, what to make of all of this? I pass a very relaxing day with a storm outside. I am in more danger when I cross the road.

Do not believe the news, even from the most recognized source. Oh my God, what else did they get completely wrong? Was my education in vain?

This entry was posted in Uncategorized and tagged media, Neoguri, soup, typhoon. Bookmark the permalink.